“Parasitic wasps to be released to hunt invading ash borers”

A unique host-specific parasitic wasp — known only by its scientific name, Spathius galinae — has been approved for release to battle the invasive emerald ash borer beetle, which has devastated ash tree populations throughout the United States. 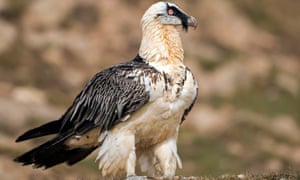 A spectacular bearded vulture, believed to be the first recorded in the UK, has been spotted soaring over the Severn estuary and moorland in Devon.

If it is confirmed that the vulture, also known as the lammergeier or ossifrage, is a wild bird, it will be the first of its species to be found in Britain and the sightings have already caused ornithologists to rush to the west country hoping for a glimpse.

A concerted effort to end slavery around the world is a big investment, but one that can have a huge global impact. Enforcement of the anti-slavery laws that are on the books in every country would immediately diminish CO2 emissions and species loss. In developing countries ending slavery can stimulate the economy, ward off the threat of rising sea levels or destructive deforestation, and preserve endangered species. Freed slaves can also be paid to replant the forests they were forced to cut. This would not only help to rehabilitate the land, but it would also help to give work and a wage to some of the people who need this most in the world. 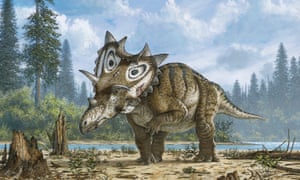 The bones unearthed near Winifred, Montana represent a previously unknown species of dinosaur that lived 76 million years ago.

“28% of US bees wiped out this winter, suggesting bigger environmental issues” 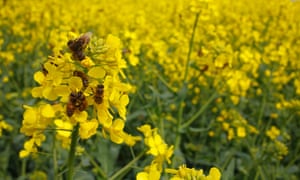 More than a quarter of American honeybee colonies were wiped out over the winter, with deadly infestations of mites and harmful land management practices heaping mounting pressure upon the crucial pollinators and the businesses that keep them. 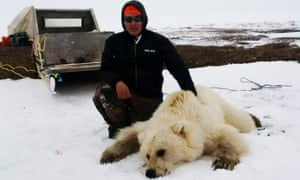 Climate change is known for swelling the oceans and fueling extreme weather, but it may be also causing the curious emergence of a new type of bear in the Arctic.

A bear shot in the frigid expanse of northern Canada is believed to be a grizzly-polar bear hybrid, a consequence of the increasing interactions between the two imposing bear species.

They are the killer invaders that target bees with their powerful stings and have even caused the deaths of several people in France.

Now naturalists’ worst fears have been realised with the arrival of deadly Asian hornets in Britain, it has been claimed. 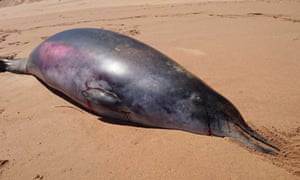 Scientists believe they have an uncovered an evolutionary throwback in a rare deep ocean whale that washed ashore on a South Australian beach.

Motivating people to act on climate change is a constant struggle for governments and nonprofits. But a new study may have found how best to frame the issue to inspire people not just to act, but also to give.

In a study published in Climatic Change Wednesday, researchers found people may donate up to 50 percent more money to a cause when encouraged to think about a problem in collective terms, instead of appealing to personal responsibility. In other words, climate action campaigns like the ones Canada and the European Union have launched may do better when they call for us to act, instead of asking you to act. 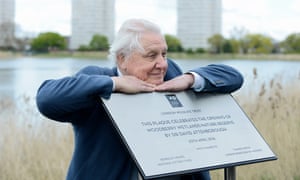 The UK’s newest nature reserve was opened in east London over the weekend by Sir David Attenborough. Overshadowed by council tower blocks and swanky high rise developments, the 11 hectare (27 acres) site which includes a reservoir that supplies water to millions of Londoners, has become home to some of Britain’s more threatened birds including kingfishers, bitterns and Cetti warblers.