“Banks Are Finally Starting to Account for Climate Change Risk “

Hidden carbon footprints on the books could be the next dodgy mortgage.

“The Carbon Footprint Of The Internet”

The number of Internet users reaches record highs every year, but did you know that for every tweet, comment, email and google search, a small amount of CO2 is emitted? For one person, the numbers aren’t too impressive, but when you factor in every person on planet earth who’s using the internet, those small numbers suddenly look ginormous, and worrying. 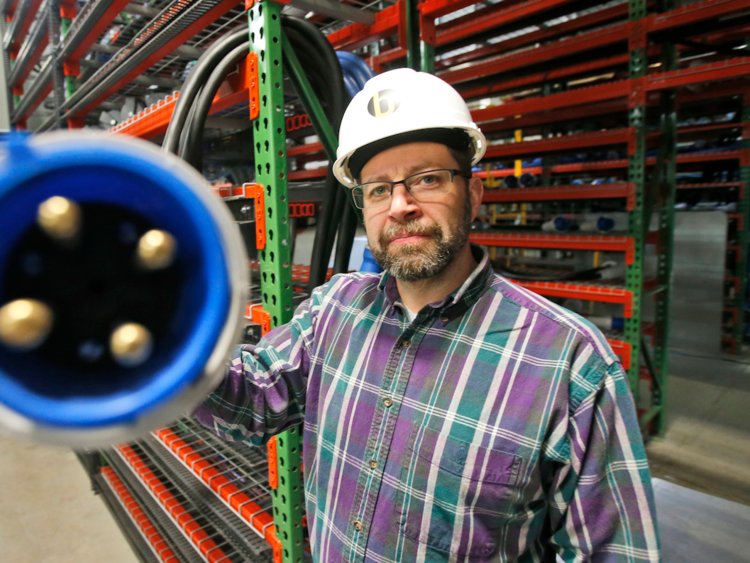 President Donald Trump’s plan for a southern border wall will cost billions of dollars and has already sparked a diplomatic rift with Mexico. It’s also going to be bad for the planet.

A 1,000-mile (1,600-kilometer) wall would require an estimated 275 million cubic feet of concrete. It would release as much as 1.9 million metric tons of carbon dioxide into the atmosphere, according to Christoph Meinrenken, an associate research scientist at Columbia University’s Earth Institute. That’s more than the annual emissions from every home in Pittsburgh.

“Infographic Of The Day: The Carbon Footprint Of The Digital Age”

“Infographic of the Day: The Carbon Footprint of Clothing”

What we wear has an embodied footprint from the energy that went into creating its raw materials, assembly, manufacture, final finishing,and transportation. Learn the relative footprint of common fabrics and the relative volume of atmosphere your outfit occupies!

The Future is Brighter for SolarCoin 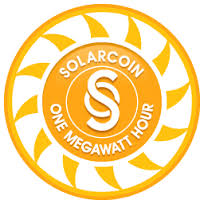 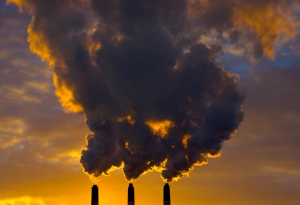 Bitcoin had a dark side ,which was its carbon footprint.

SolarCoin is a currency backed by the solar power industry (which is backed globally by the United Nations).

SolarCoin is an alternative digital currency for better life.  Spend it, trade it, exchange it.

99% of SolarCoins will go to solar energy generators over the next 40 years.

Let’s see what the central bankers and politicians think about this one.

The energy sector faces profound change, according to Jim Rogers, who has stepped down as chairman of Duke Energy.

Rogers: There’s going to be a continuing battle between central and distributed generation. If we have to retire every nuclear plant and most coal-fired plants by 2050, that’s going to translate into significant cost increases to replace them. If we don’t build more nuclear, it’s going to have a significant impact on our carbon footprint because 70 percent of our carbon-free electricity today comes from nuclear. There will be companies in the industry putting solar on rooftops, deploying energy-saving technologies within the home and supplying 40 percent or more of the electricity utilities historically provided to that home. You’ll see the development of a significant number of microgrids that will protect the grid against cyber-attack.

Rogers:If I was coming into the industry again, I would come into the industry as David Crane. Maybe I should take that back. I would come into the industry as someone who is an attacker, not a defender. I’d want the solar on the rooftop. I’d want to run that. I’d want the ability to deploy new technologies that lead to productivity gains to the use of electricity in homes and businesses. I would go after the monopoly that I see weakened over the last 25 years.  My goal would be to take customers away from utilities as fast as I could, because I think they’re vulnerable. Regulations will not be changed fast enough to protect them.  The business model will not be changed fast enough.

Rogers: Every decision we make today we make with the knowledge that there will someday be carbon regulation in this country. There will be a price on carbon. And since we make decisions for 30, 40 and 60 years, we need to take that into account. Our industry needs to lead on environmental issues. We need to lead on productivity gains in the use of electricity. That’s a critical way for us to continue to reinvent ourselves as an industry.

When the outgoing CEO of America’s largest utility says the current business model is dead, it’s time to pay attention. 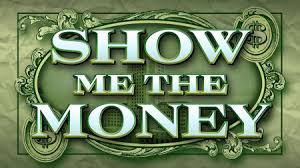 Maybe he was also confirming that currently profits come from tax subsidies and not real income growth. It looks like the game has changed. Goldman Sachs certainly thinks so.

Image reproduced with the kind permission of Carbon Visuals.
http://www.carbonvisuals.com/

If we could see carbon dioxide, would we take it more seriously?
http://shrinkthatfootprint.com/visualizing-carbon

Carbon Visuals provides the materials for the test. Look at the gallery of images below and then ask yourself if seeing is believing.

The pink cube is the actual volume of carbon dioxide gas we can emit and still have a chance of keeping global warming below 2 °C. It is 81 km high (51 miles). The other volumes are the emissions from the proven reserves of fossil fuels.
Image reproduced with the kind permission of Carbon Visuals.
http://www.carbonvisuals.com/

The pink cube, which is 78 km high (49 miles) is the actual volume of our ‘carbon budget’: 900 billion tonnes of CO2. The shapes to the right show the emissions from proven reserves listed in Global Energy Outlook 2012.
Image reproduced with the kind permission of Carbon Visuals.
http://www.carbonvisuals.com/ 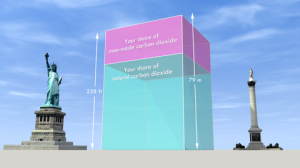 If all the carbon dioxide in the atmosphere were shared equally amongst every person on the planet (7 billion of us) this is how much we’d have each – 446 tonnes of it.
Image reproduced with the kind permission of Carbon Visuals.
http://www.carbonvisuals.com/

The ‘carbon canyons’ of the city of London. Each tower represents the annual carbon footprint (2009/10) of a public building.
Image reproduced with the kind permission of Carbon Visuals.
http://www.carbonvisuals.com/

Why don’t you provide the answer in the Poll below?

And whilst you are at it, why not take my Survey? 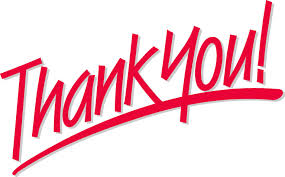 A big thanks to Carbon Visuals for permitting me to use their images.

Bitcoin has a dark side: its carbon footprint

Bitcoin may be making a few people wealthy, but it’s killing us all. The crypto-currency that’s caught the world by storm has a dark side: its carbon footprint.

One way for Governments to kill Bitcoin is through Carbon Taxes. Maybe that’s what they are already doing with stories like this.