It’s the height of summer in Cape Town, and the southwesternmost region of South Africa is gripped by a catastrophic water shortage. Unless the city adopts widespread rationing, the government says, the taps “will be turned off” on April 22, 2018, because there will be no more water to deliver.

“Nature and Markets Fight Back Against the Big Game Industry” 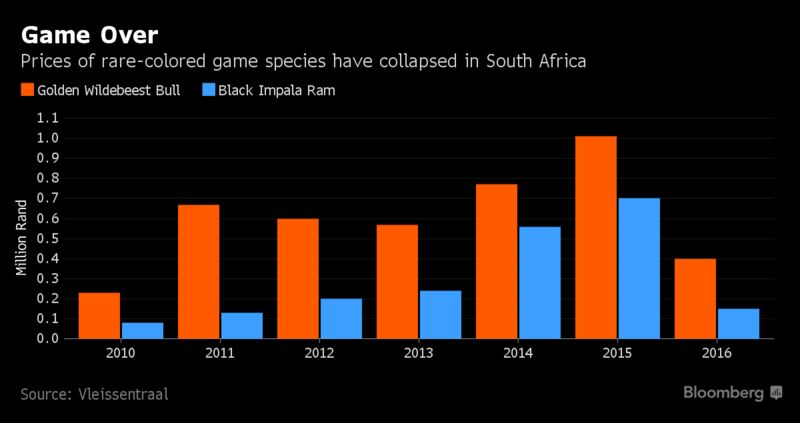 Wildlife prices are tumbling in South Africa, as game breeders are squeezed by restrictions imposed on trophy hunting following the killing of Cecil the lion in 2015, and the worst drought on record forced farmers to sell animals.

A record 1,020 rhinos have been killed by poachers for their horns in South Africathis year, more than all of 2013 and triple the number four years ago.

South Africa, home to most of the world’s rhinos, said while it’s seeing success in slowing the increase in the rate of rhino poaching, it’s considering advocating the legalizing of rhino-horn trade to stop the killing of the animals.

South Africa‘s Kruger national park is considering a plan to move some rhinos out of the wildlife reserve in an attempt to protect them from poachers.

Rhinoceros poaching in South Africa has surged at least 42 percent this year with nearly a 20th of the local herd killed as the demand for their horns, which is falsely believed to cure cancer and boost sexual prowess, continued to rise.

“Clean-energy developers are being lured by government incentives and about 360 days of sunshine a year.”

What’s really causing the boom, government incentives or the sunshine?