“U.K. Is Behind on Efforts to Cut Greenhouse Gas Pollution”

The U.K. has fallen behind on its promises to slash emissions and fight climate change despite claims it’s leading major industrialized nations in its fight to slow global warming.

That’s the conclusion of the Committee on Climate Change, the government’s official adviser on environmental policies, which suggests ministers need to take much more dramatic action to meet their own promises.Yo

There was a time when life on Earth almost blinked out. The “Great Dying,” the biggest extinction the planet has ever seen, happened some 250 million years ago and was largely caused by greenhouse gases in the atmosphere. Now scientists are beginning to see alarming similarities between the Great Dying and what’s currently happening to our atmosphere.

A group of companies and non-profit agencies that includes energy giants Royal Dutch Shell Plc and BHP Billiton said global greenhouse gas emissions could be cut in half by 2040 without impeding economic development, in part by converting grids to use mostly renewable power. 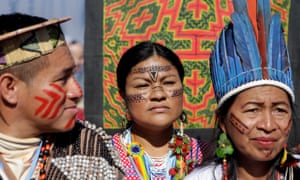 Donald Trump is looking at quick ways of withdrawing from the Paris climate agreement in defiance of widening international backing for the plan to cut greenhouse gas emissions, Reuters has reported.

At a White House press conference Friday afternoon, U.S. President Barack Obama and Chinese President Xi Jinping announced a suite of wide-ranging actions that clarify how serious the world’slargest greenhouse gas emitter is about cutting greenhouse gas emissions. These include prioritizing green energy on China’s grid, a cap-and-trade or emissions trading system for China, additional low-carbon financing to developing countries, and emissions standards for heavy duty vehicles. The fact that these announcements were made during the world’s most important bilateral meeting and official state visit lends them further significance.

Barack Obama has warned that no challenge poses a greater threat to humanity’s future than climate change.

In unveiling a new plan to tackle greenhouse gas emissions from coal-fired powered stations, the US President said there was a compelling argument to take strong and immediate action.

The European Union’s attempt to cap greenhouse-gas emissions over the next 16 years is threatened again as rising pollution from the bloc’s biggest economies shows even developed nations want to burn cheap coal.

Germany, Europe’s largest economy, boosted consumption of the fuel by 13 percent in the past four years, while use in Britain, No. 3 in the region economically, rose 22 percent, statistics from oil company BP Plc show. While Germany pledged to cut heat-trapping gases 55 percent by 2030 from 1990 levels, it’s managed 25 percent so far and is moving in the wrong direction, according to the European Environment Agency.

The need for cheap energy is still a higher priority than the environment.

NASA Says: “Climate Sensitivity Is High So Long-Term Warming Likely To Be Significant”

A new NASA study shows Earth’s climate likely will continue to warm during this century on track with previous estimates, despite the recent slowdown in the rate of global warming.

This research hinges on a new and more detailed calculation of the sensitivity of Earth’s climate to the factors that cause it to change, such as greenhouse gas emissions. Drew Shindell, a climatologist at NASA’s Goddard Institute for Space Studies in New York, found Earth is likely to experience roughly 20 percent more warming than estimates that were largely based on surface temperature observations during the past 150 years.

The European Union proposed cutting the region’s greenhouse-gas emissions by 40 percent in 2030 to accelerate efforts to reduce global warming.

The European Commission outlined its strategy to reduce pollution and curb rising energy costs and called for an overhaul of the bloc’s policies in the next decade, the EU’s executive arm said in a statement today. The current goal is to cut emissions by 20 percent in 2020 from 1990 levels.

The proposed design of future policies pits nations including Germany and the U.K., who are seeking stronger efforts to protect the atmosphere, against Poland and its allies, which rely mainly on fossil fuels to keep their economy humming. It also highlights the divide between energy intensive companies, whose gas and power costs are more than double their U.S. and Asian competitors, and green lobbies such as Greenpeace seeking deeper emission cuts.

Europe is divided on this issue. Even Germany is proceeding with expansion of Coal fired generation. This issue seems to play the EU off against the elected national governments.

The cost of holding rising temperatures to safe levels may reach 4 percent of economic output by 2030, according to a draft United Nations report designed to influence efforts to draft a global-warming treaty…..

…..  The research is important because it’s intended to influence the direction of UN negotiations involving more than 190 countries on how to combat global warming. The discussions have been beset by wrangles between developing and industrialized nations over who should bear the cost of tackling climate change……

…….. Other findings detailed in the UN study include:

* Greenhouse gas emissions grew by an average 2.2 percent per year between 2000 and 2010. Global emissions since 1970 outstrip those for the preceding 220 years.

* Industrial emissions from developing nations now exceed those from industrialized ones, though high income nations are net importers of carbon dioxide emissions embedded in goods from abroad.

* Pledges for emissions cuts by 2020 that were made by the world’s biggest emitters in 2010 don’t correspond to the ‘‘lowest cost” emissions reduction trajectory and would lead to greenhouse gas concentrations of as much as 650 ppm by 2100.

The UN is providing a wake-up call for policy makers as momentum to invest in clean energy is being lost. The Big 10 polluters have been reminded of their obligations; and new emphasis is being placed upon the cost effectiveness of clean energy in developing nations. It looks like a deal will be done, in which the Big 10 are given a break in return for investing in clean energy projects in the developing world.