“‘We Should Be Retreating Already From the Coastline,’ Scientist Suggests After Finding Warm Waters Below Greenland”

Andrew Yang’s assertion that people move away from the coast at the last Democratic debate is the completely rational and correct choice for NASA scientists in Greenland.

“Scott Kelly Spent a Year in Space, and Now He Has Different DNA Than His Identical Twin Brother”

A new NASA statement suggests the physical and mental stresses of Scott Kelly’s year in orbit may have activated hundreds of “space genes” that altered the astronaut’s immune system, bone formation, eyesight and other bodily processes. While most of these genetic changes reverted to normal following Scott Kelly’s return to Earth, about 7 percent of the astronaut’s genetic code remained altered — and it may stay that way permanently.

“NASA: Invisible “rivers” in our atmosphere cause many droughts and floods here on Earth”

In many places across the globe, water access depends partly upon atmospheric “rivers,” bands of water vapor propelled along jets of air that trace swirling routes above the Earth.

According to independent analyses by NASA, and the National Oceanic and Atmospheric Administration, Earth 2016 surface temperatures were the warmest since modern record keeping began in 1880. This makes 2016 the third year in a row to set a new record for global average surface temperatures. Heat records for the Arctic were also broken, and to a stunning degree. According to satellite data, the 2016 Arctic sea ice minimum extent, is effectively tied with 2007, for the second-lowest yearly minimum in the satellite records.

It’s increasingly likely that 2015 will be the hottest year on record, possibly by a wide margin.

NASA reported Wednesday that this was the hottest four-month start (January to April) of any year on record. This was also the second-warmest April on record in NASA’s dataset.

Question: “Have We Passed the Tipping Point of Biological Collapse?”

“NASA’s Earth Photo of the Year”

A satellite shot of ocean currents around the Canary Islands is named NASA’s Earth Photo of the Year in their annual photo tournament. The image was captured by the Moderate Resolution Imaging Spectroradiometer on NASA’s Terra satellite in June last year. In the pic, sunlight is reflected off of the ocean surface directly back at the satellite imager, revealing details about the water surface or circulation that are otherwise invisible. 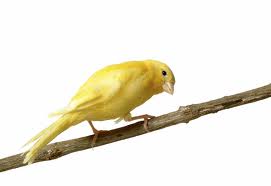 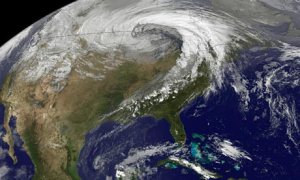 A new study sponsored by Nasa’s Goddard Space Flight Center has highlighted the prospect that global industrial civilisation could collapse in coming decades due to unsustainable resource exploitation and increasingly unequal wealth distribution.

“The fall of the Roman Empire, and the equally (if not more) advanced Han, Mauryan, and Gupta Empires, as well as so many advanced Mesopotamian Empires, are all testimony to the fact that advanced, sophisticated, complex, and creative civilizations can be both fragile and impermanent.”

NASA Says: “Climate Sensitivity Is High So Long-Term Warming Likely To Be Significant”

A new NASA study shows Earth’s climate likely will continue to warm during this century on track with previous estimates, despite the recent slowdown in the rate of global warming.

This research hinges on a new and more detailed calculation of the sensitivity of Earth’s climate to the factors that cause it to change, such as greenhouse gas emissions. Drew Shindell, a climatologist at NASA’s Goddard Institute for Space Studies in New York, found Earth is likely to experience roughly 20 percent more warming than estimates that were largely based on surface temperature observations during the past 150 years.