“A Dead End for Fossil Fuel in Europe’s City Centers”

Ever since Volkswagen AG was found out in 2015 to be rigging engines, harmful car emissions have come under intense scrutiny from consumers and regulators. Municipalities in Europe have been pushing to get diesel cars, in particular, out of inner cities. Come 2024, a diesel car won’t get you around Paris or Madrid as the capitals ban all passenger vehicles running on the fuel.

A few years later, all combustion drivers in and around Barcelona, London and Rome reliant on cars will lose access. All told, some 24 European cities accounting for 62 million people are banning diesels over the next decade, including 13 cities that’ll strike off all combustion cars in a bid to stop failing emissions limits.

“The U.K. government’s official adviser on climate change is set to recommend the country adopt a target to drive net fossil fuel emissions to zero by 2050”

Carbon emissions from fossil-fuel use hit a record last year after energy demand grew at its fastest pace in a decade, reflecting higher oil consumption in the U.S. and more coal burning in China and India. 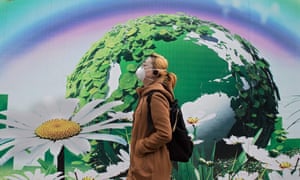 Global emissions of climate-warming carbon dioxide remained static in 2016, a welcome sign that the world is making at least some progress in the battle against global warming by halting the long-term rising trend. 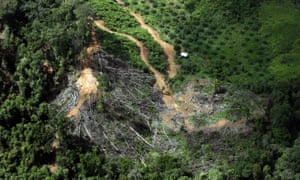 The world’s tropical forests are so degraded they have become a source rather than a sink of carbon emissions, according to a new study that highlights the urgent need to protect and restore the Amazon and similar regions.

U.K. Claim That Burning Biomass Is Clean Seen as `Flawed’ 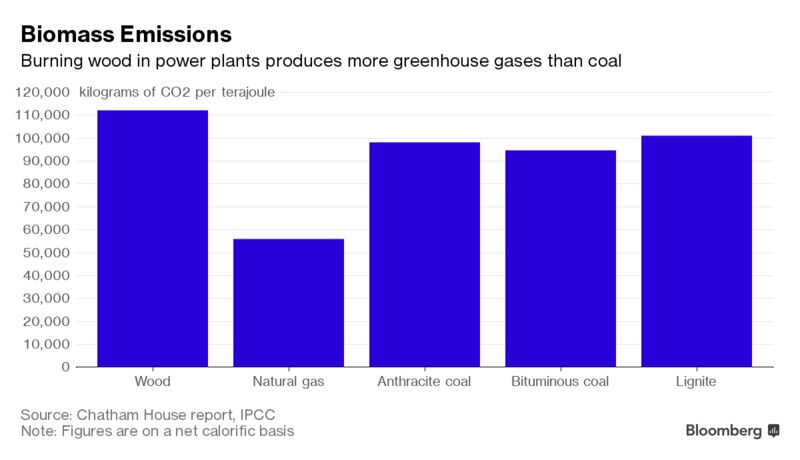 The U.K. government’s view of biomass as a carbon-neutral energy source is a “flawed assumption,” according to report from Chatham House.

The U.K. counts emissions from the supply chain that produces and delivers wood pellets or chips used in biomass power plants, but not when they’re burned to make electricity, the London-based research group said Thursday.

The amount of carbon the Amazon’s remaining trees removed from the atmosphere fell by almost a third last decade, leading scientists to warn that manmade carbon emissions would need to be cut more deeply to tackle climate change.

Trees in untouched areas of the forest have been dying off across the basin at an increasing rate, found the study, published in Nature on Wednesday. Meanwhile the tree growth produced by higher CO2 levels in recent decades levelled off.

The cost of cutting carbon emissions from power generation enough to restrict global warming to safe levels is rising because growing coal use outweighs the progress in renewables, theInternational Energy Agency said.

Investments of $44 trillion through 2050 are needed to decarbonize the energy sector, the Paris-based agency said today in an e-mailed report, up 22 percent from the figure it gave two years ago. The spending would ensure the average temperature rise since the industrial revolution is limited to the 2-degrees Celsius (3.6 degrees Fahrenheit) target world leaders have endorsed.

It’s a vicious circle. The more time is wasted the more costly the solution becomes; so that people try to avoid the cost and make the situation even worse and even more costly.

The Regional Greenhouse Gas Initiative had its first auction this week since lowering its cap — and the results suggest the system is once again effectively reducing carbon emissions.

Encompassing nine states in the northeast, RGGI is a cap-and-trade system that started operating in 2008. It sets an overall cap on the amount of carbon dioxide that can be emitted by the participating states. Then it breaks that amount into permits — each allowing for one ton of emissions in a given year — and auctions them off to the firms subject to the system.

That’s where the problem lay: starting in 2010, the cost of the permits in RGGI’s auctions flatlined at just under $2 per ton. At such a low price, the incentive to cut was low-to-non-existent — a sign that RGGI’s cap was so high it wasn’t reducing carbon emissions beyond what business-as-usual would’ve done.

Just like the failed emission permit market in Europe, the US States involved responded to perceived market failure by cutting the amount of permits available to trade. The permit prices are now rising to levels which create incentives to physically reduce emissions rather than just to buy them. This cooperation across State boundaries shows that America itself doesn’t have to sign up for Kyoto if the States act as though they had signed up. That’s the beauty of the Federal System.