Yale researchers believe an ancient viral DNA strand — incorporated into the mammalian genome as recently as 1.5 million years ago — plays a key role in turning off the X chromosome.

Worldwide, animals consume more antibiotics than humans, an amount researchers estimate will jump 67 percent in the 20 years through 2030 as India, China, Brazil and other developing countries expand livestock production to meet unprecedented demand for animal protein.

While antibiotics are helping to sustain intensive food production, doctors worry their uncontrolled use on farms is turning animals into reservoirs of hard-to-kill bacteria that can spread rapidly and globally.

Every year, Japan undertakes what it has labeled as a scientific hunt for whales in the Southern Ocean. However, in 2014, the International Court of Justice ruled Japan should stop. Instead, Japanignored the ruling last year and announced it would continue whaling while reducing the number of whales it would kill by two-thirds to 333.

On Thursday, Japan’s Institute of Cetacean Research detailed that out of the 333 minke whales it killed, 230 were females, and that more than 90 percent of those were pregnant. 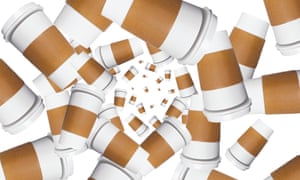 The paper coffee cup is one of modern life’s consumer conundrums. It is ubiquitous, yet coveted, pricey yet just about affordable. It confers status in a world where you need to be busy to be important, while telling everyone you had time to wait in line while the beans were ground and the milk was steamed. And now there is one more contradiction to add to the list, because the paper coffee cup, it turns out, is recyclable – yet woefully, overwhelmingly, unrecycled.

“Malta gives go ahead to shooting of 5,000 endangered turtle doves” 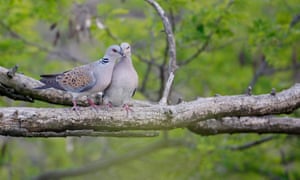 Hunters in Malta will be permitted to shoot 5,000 turtle doves this spring despite the International Union for Conservation of Nature (IUCN) recently adding the migratory bird to the “red list” of species at risk of being wiped out.

“Could a new plastic-eating bacteria help combat this pollution scourge?” 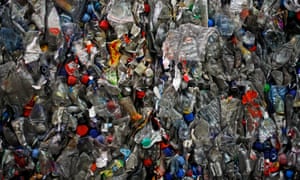 Nature has begun to fight back against the vast piles of filth dumped into its soils, rivers and oceans by evolving a plastic-eating bacteria – the first known to science.

In a report published in the journal Science, a team of Japanese researchers described a species of bacteria that can break the molecular bonds of one of the world’s most-used plastics – polyethylene terephthalate, also known as PET or polyester.

SeaWorld will soon be minus some black-and-white, multi-ton, and highly controversial mascots. The company announced Thursday that it will be ending its captive breeding program for orca whales — meaning that the orca whales currently living at the theme park’s three U.S. locations will be the last group to live at SeaWorld. 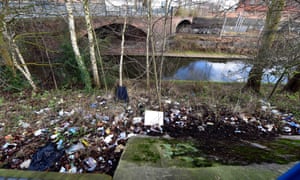 Volunteers will tackle the country’s worst litter sites in March in what is being billed as the largest ever clean-up of the British environment ahead of the Queen’s 90th birthday in June.

Humanity’s experiment with planetary warming has reached a new level of extremes. Last month was the hottest February in 137 years of record keeping, according to data released Thursday by the National Oceanic and Atmospheric Administration. It’s the 10th consecutive month to set a new record, and it puts 2016 on course to set a third straight annual record.

The U.S. Endangered Species Act has helped prevent extinctions for more than four decades. Throughout that time, millions of dollars have gone toward saving landmark species like the bald eagle, the California condor, and the grizzly bear. Now a new study is questioning whether the underfunded act needs to be redistributed more fairly to get the most bang for its buck, as it is overly helping some species while neglecting others.